Obviously, as a UK online retailer, we are very aware of all the annual occasions in the UK, but when we were putting together some ideas for the 14th February, it struck us that we didn’t know much about the history of Valentine’s Day in the UK. Of course, we know it’s a day of celebrating love, but why, and how did this day full of hearts and flowers come about? We did some digging around and we’ve come up with around 10 interesting facts, that maybe you didn’t know about the St Valentine’s Day celebrations.

1. Lupercalia – Festival of naked folk running through the street

And you thought that watching an age 18 box set on Netflix was a bit rude! Well, those Romans knew a thing or two on the kinky side. Apparently, St Valentine’s Day appears to have derived from the pagan fertility festival known as Lupercalia. It was celebrated between the 13-15 February and involved loads of naked people running up and down the streets to improve their fertility – well I never! It was only two centuries later than the festival was adopted by the early Christian Church and evolved to refer to stories on how early Martyrs called ‘Valentinus’ met with their end on the 14th of the month.

2. A bit of rebranding required

So that any of the raucous Roman streaking activities could be forgotten, Pope Gelasius rebranding the 14th February as a Christian feast day and gave the day its official ‘St Valentine’s Day’ title.

3. The came the love bit

Up until about 1382 St Valentine’s Day was really known about having a bit of a BBQ. The first real association with love, is thought to have come from the ‘love birds’ connation in Geoffrey Chaucer’s ‘Parlement of Foules’. In this, Chaucer celebrates the engagement of Richard II to Anne of Bohemia with a poem in which he said: ‘For this was on St Valentine’s Day, when every bird cometh to choose his mate.’

4. The earliest surviving Valentine’s Day note was sent in 1415

Soon all the young romantics were sending note and talking love. The earliest surviving and recorded Valentine’s note was sent by Frenchman, Charles, the Duke of Orleans, to his ‘very sweet valentine’, which unfortunately he had to send from the Tower of London, following his capture at the Battle of Agincourt in 1415.

5. As mentioned in Shakespeare’s Hamlet

By 1601, the St Valentine’s love tradition had taken hold. Mr William Shakespeare makes good mention in Ophelia’s lament in Hamlet. She says ‘tomorrow is Saint Valentine’s Day, All the morning betime, And I a maid at your window. To be your Valentine.’

6. Thank the Victorians for the Valentine’s Day card

Like the Christmas Card, we have the Victorians to thank for the tradition of sending St Valentine’s Day cards. This occurred after the Penny Post was introduced in 1840. Soon anonymous cards were sent all over the country thanks to the mass-produced mechanical printing, complete with verses and pictures.

7. Guess how many Valentine’s Day Cards are sent each year?

Did you know that worldwide approximately 1 billion Valentine’s Day cards are sent each year?

8. Valentine’s Gifts in the UK

After 2000 years we continue to celebrate love and Valentine’s Day every year, with amazing Valentine’s gifts, chocolates, flowers and even jewellery, along with the anonymous card. Did you know that today, around half the UK population spends around £1.3 billion each year on their loved ones?

9. Wearing your heart on your sleeve

We are fascinated with this fact! Apparently, back in the Middle Ages, young people would draw names from a bowl to see who their Valentine would be. They would wear the name on their sleeve for a week! That’s where the saying comes from.

Another Medieval ritual involved young women eating weird and wonderful foods on St Valentine’s Day to make them dream of their future husband. Some may say that…

Where’s the cheese and chocolate….? 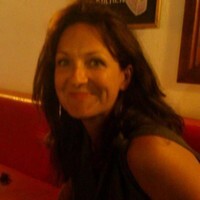 Hi, I’m Sara. Welcome to Juul at Home’s blog. I started Juul at Home because I just couldn’t find any home gifts with personality, that were unique and unusual. As I have always loved to paint and discover treasures in tucked away hidden shops, I dreamed of curating a portfolio of gifts with a timeless appeal and personal touch. Juul at Home was born out of that dream, and I am grateful to be living my dream everyday. All the posts in this blog were written by me, using years of experience as an artist, treasure collector and interior designer, so that you can pick out the perfect gifts that are not just presents but symbols of thoughts and love. Love for keeps, we call them. My colleagues and I also occasionally post inspirations and customer stories that touch us and make us smile. We will also keep you updated of any changes going on in our store. I hope you enjoy this blog.

OPEN FOR BUSINESS (despite Covid-19) as we are small and can fulfil your orders in accordance to 'safety' guidelines. Dismiss